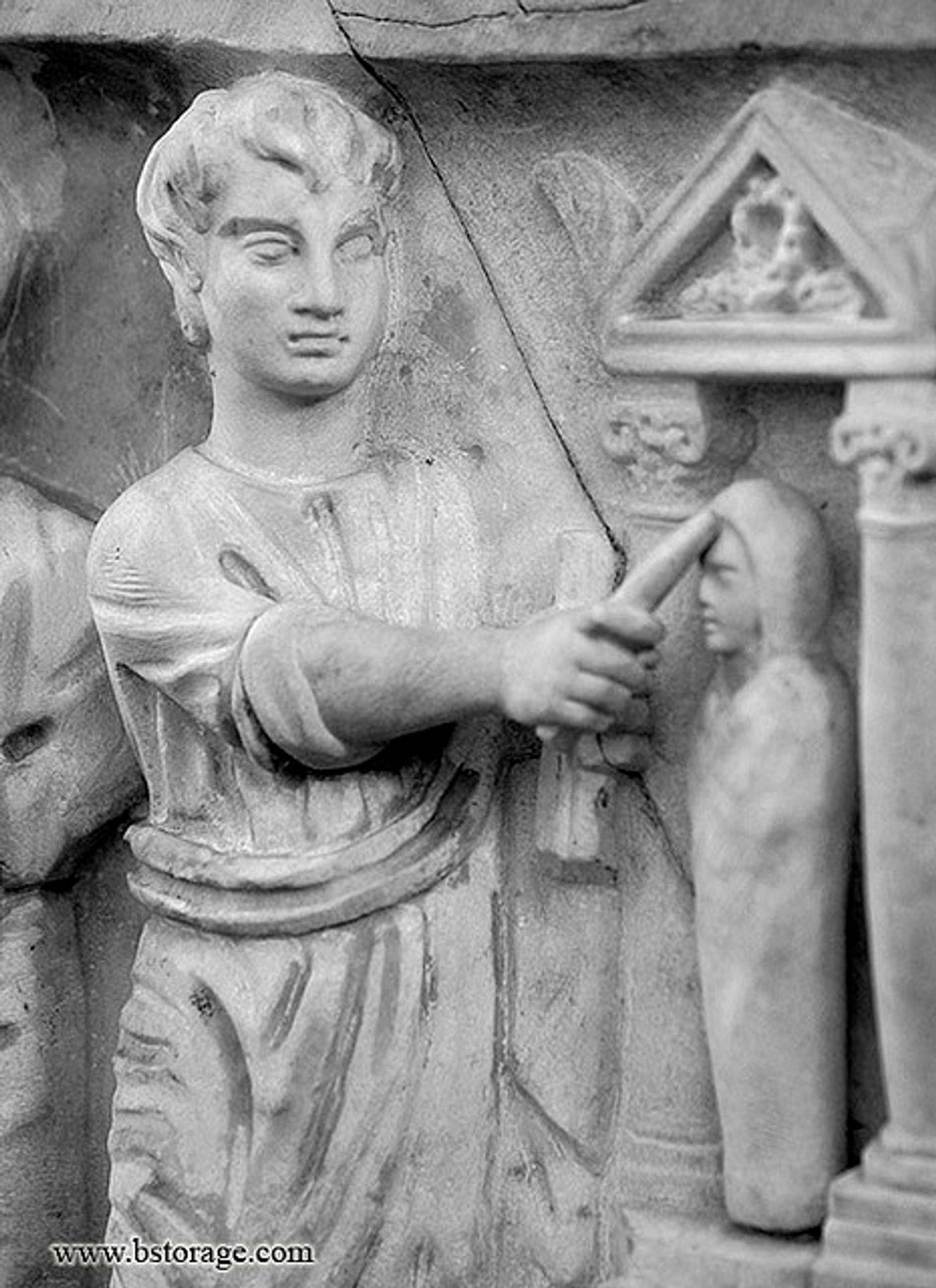 In the 1990's, I was formally introduced to the study of Pennsylvania Dutch Powwow. Although I had heard of Powwow as a child, I never quite understood what it was about. In fact, I had erroneously believed a Powwow could somehow control the weather. So as a young adult, I began learning under the tutelage of Jane P. who was a student of Jeanine Trayer AKA Silver Ravenwolf. The information I was being taught at that time was confusing and didn't seem to mesh with what I knew of the Pennsylvania Dutch culture, in which I was raised. There was a lot of talk about "the One Spirit" and "Powwow is a "system" not a religion" and other such things that really smacked of neopaganism. So I branched out on my own and started learning the truth about the tradition of Pennsylvania Dutch culture.

In the 2010's, I met a woman who I will only identify as "Ida" in Reading, Pennsylvania. She taught me one Powwow tradition orally and another that she had written on a piece of paper. She offered me no elaboration on the rituals, nor did she seem interested in pursuing any sort of friendship with me afterward. Her parting words were "don't share it with anyone and leave me out of it". Sadly, I believe she was influenced by the mindset that permeated Pennsylvania Dutch culture for the last 100 years; that Powwow should be kept quiet and treated as something shameful...

So now, nearly 25 years after my initial instruction in the tradition, I have decided to create my own line of Powwowing. In this way I will keep the tradition alive, pass on the living rituals to those who wish to incorporate them into their lives, and keep a bit of the Pennsylvania Dutch culture within my family. The rituals and beliefs and practices of the Pennsylvania Dutch were deeply intertwined in our religious beliefs and, for this reason, I feel God has called me to keep these traditions alive and well.

I am a Powwow and it is my life's work to not only keep the Powwowing practice going for my community, but to pass on what I know to those who are willing to learn. And so the Phoenix line has been created.

There are several "lines" in Pennsylvania. These are lines of lineage that trace the teachings from the source to those descended from that source. I don't know much about the other lines, to be honest, nor do I know how authentic or old they actually are. However, the Phoenix line begins with me. My knowledge comes from my teachers. I pass that on to my students but I pass on way more than that; my own experience and knowledge. I teach way way way more than I've ever learned, I can promise you that.

In the future, I will publish the names of those I have personally taught either directly or indirectly, here on this site. If you meet someone who claims to be a part of my line, you can check for their name here. If they are here, they are authentic. If not, then they are incorrect. Please understand that only those who are adhering to the tradition of Powwow that I am teaching will be listed amongst the lineage. In the future, this may include others trained by the individuals I have trained. I look forward to building the Phoenix Line of Cumberland County!

Our beautiful double-Phoenix logo was created as a gift of love by Jason David, a Powwow Doctor from Connecticut who is also a part of our line. It is the double Phoenix which represents the two lives of the Hexenmeister, in other traditions called "the two-headed doctor". The heart is the heart at the center of our work; our love for God and our love for those in need. The tulips represent our faith, the petals our devotion to charity, and the clasped branches are representative of our offering of peace to the world. The colors are those of fire, which is the spirit of the Phoenix, and the fire of the Holy Spirit burns over the heads of the Phoenix. The three flowers in the center, surrounding the Phoenix, represent the Holy Trinity, and the Phoenix is an ancient symbol of Christianity representing the resurrection of Christ.

If you wish to learn more about the Phoenix line, please read through all pages of this website and sign up for the Powwow Essentials Course!