The Powwow tradition is no stranger to odd and unusual charms. Indeed, we Powwows are often judged harshly when a non-practitioner (ie. someone who doesn't understand) gets ahold of one of our books and reads a few of our more obscure formulas and rituals. However, our tradition is much like any other folk tradition in that it has a healthy balance of approachable healing techniques and spells that are best kept secret...

Whether those oddities in the Powwow tradition are for healing a common ailment, aiding in childbirth, giving you luck with a fishing rod, or taking the power from a rival Powwower, you can be sure that, if nothing else, the methods make for great discussion about the potential us Powwowers have of practicing odd and weird rituals to get what we need.

Gout is a painful and sudden onset condition when uric acid builds up in one particular place in your body, often a joint. It is characterized by intense pain, redness of the area, inflammation, etc. Typically, an over-the-counter anti-inflammatory drug will help relieve the symptoms. But back in the day, we didn't have access to ibuprofen. So instead, us Powwowers used a knife and a human skull. 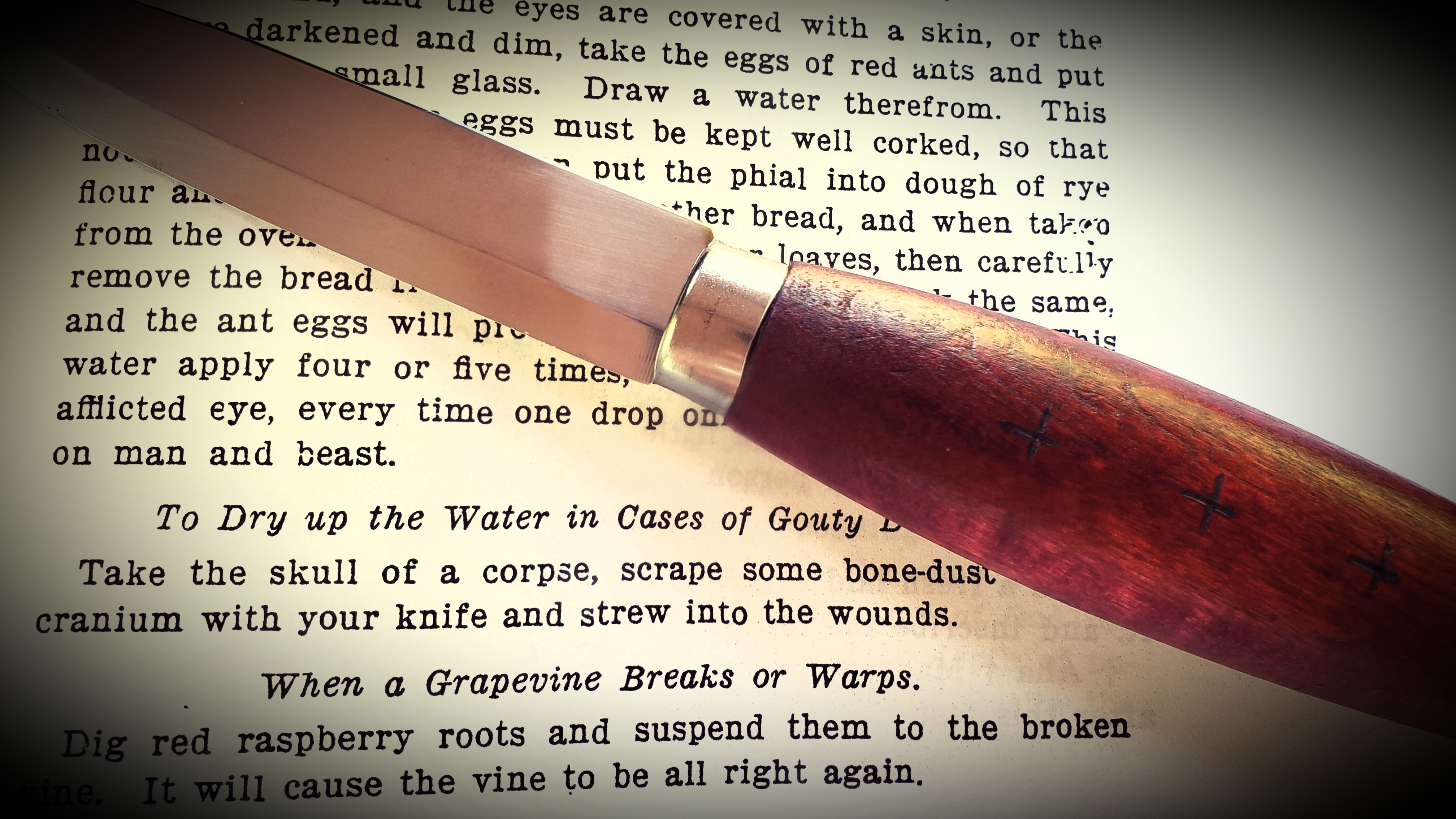 When that pesky Hexenmeister down the road is stealing your clients...

No one likes that. You set up shop, you build your reputation, you get a nice group of regulars coming to you for healing, and it's a really good arrangement. But then Jebodiah Stoltzfus, the county Hexenmeister, moves into the old farm house down the road. Now you've got no one to Powwow for and people don't even stop by for your homemade elderberry syrup. What's a Hex Man to do?

A ritual like this might involve the use of your trusty knife, and maybe a heart, liver, and testicles (yep, I said it) from a cow, horse, deer, or bull (whatever you can get...the butchers will sell you anything for a good price). If you're gonna do this type of work, be ready to get your hands bloody and make sure your soul is in good standing with the Lord, because this isn't pretty stuff.

When a cow loses her milk (presumably by witchcraft)

Back in the day, if a cow was sick, that could mean serious financial loss to a family, not to mention lack of milk for the day. The Powwow tradition is heavy with charms for healing sick animals. And as was common in the 16 and 1700's, sudden animal illness was often seen as a sign of witchery. So the healing charms often include a rider about harming the witch who caused the illness.

This charm is so complicated and involved that I question whether anyone has actually ever attempted it. Certainly I have not. However, it's fascinating to me simply because it does have so many steps to it. Many practitioners of magic will often say that the preparation of the work is just as important and powerful as the performance of the work. With charms like the following, I imagine it would be tricky to stay focused on the task at hand..

While this particular blog post was written in a light-hearted spirit of having fun, make no mistake! Powwow is a very serious tradition with some pretty powerful magic involved. Never underestimate your local Powwow or our ability to do whatever it is we must do in order to survive in the world.