A means of binding one who has wronged you

In folk magic, to "bind" someone is to cause them to be unable to cause harm or mischief until they are brought to justice. It is a means of bringing down divine intervention upon a criminal so that they are unable to take any type of action; leaving them vulnerable to capture by proper authorities. Imagine the thief being unable to flee....or the murderer to be unable to move from their hiding place... those are the ideas behind the old binding charms. 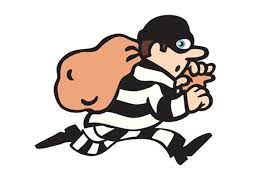 Such charms can also be used to cause a magically-oriented individual to be unable to take magical action against you. There are various methods within the Powwow tradition to aid in such endeavors, including the use of wormwood, Solomon's Seal, blessed salt, and binding charms like the one found in this blog post.

To work a binding charm, often you will need to write the name of the offending person on a slip of paper and nail it to a tree with three iron nails. As you nail each one into the tree, repeat the following:

Ye thieves, I conjure you, to be obedient like Jesus Christ, who obeyed his Heavenly Father unto the cross, and to stand without moving out of my sight, in the name of the Trinity. I command you by the power of God and the incarnation of Jesus Christ, not to move out of my sight, + + + like Jesus Christ was standing on Jordan's stormy banks to be baptized by John. And furthermore, I conjure you, horse and rider, to stand still and not to move out of my sight, like Jesus Christ did stand when he was about to be nailed to the cross to release the fathers of the church from the bonds of hell.. Ye thieves, I bind you with the same bonds with which Jesus our Lord has bound hell; and thus ye shall be bound; + + + and the same words that bind you shall also release you.

You are able to substitute the word "thieves" for whatever is troubling you, such as "bad neighbors", "witches", or whatever.

Once the charm is complete, the only way for the individual to be released is by you. You will remove the nails from the tree while saying three times:

You horseman and footman, whom I here conjured at this time, you may pass on in the name of Jesus Christ, through the word of God and the will of Christ; ride ye on now and pass.

You should only release the individual once justice has been served.