My son and I were feeling extra kitcheny today, so after I finished making jam, he made Elderberry syrup! My son is 10 years old and fancies himself something of a "Green Witch". It's fun watching him work on remedies. I oversee just to make sure he doesn't set the house on fire, but mostly he can do it all on his own.

You start by getting some dried elderberries, about two full cups. Add a few cloves, one or two cinnamon sticks, a few bits of fresh ginger, and two cups of water. 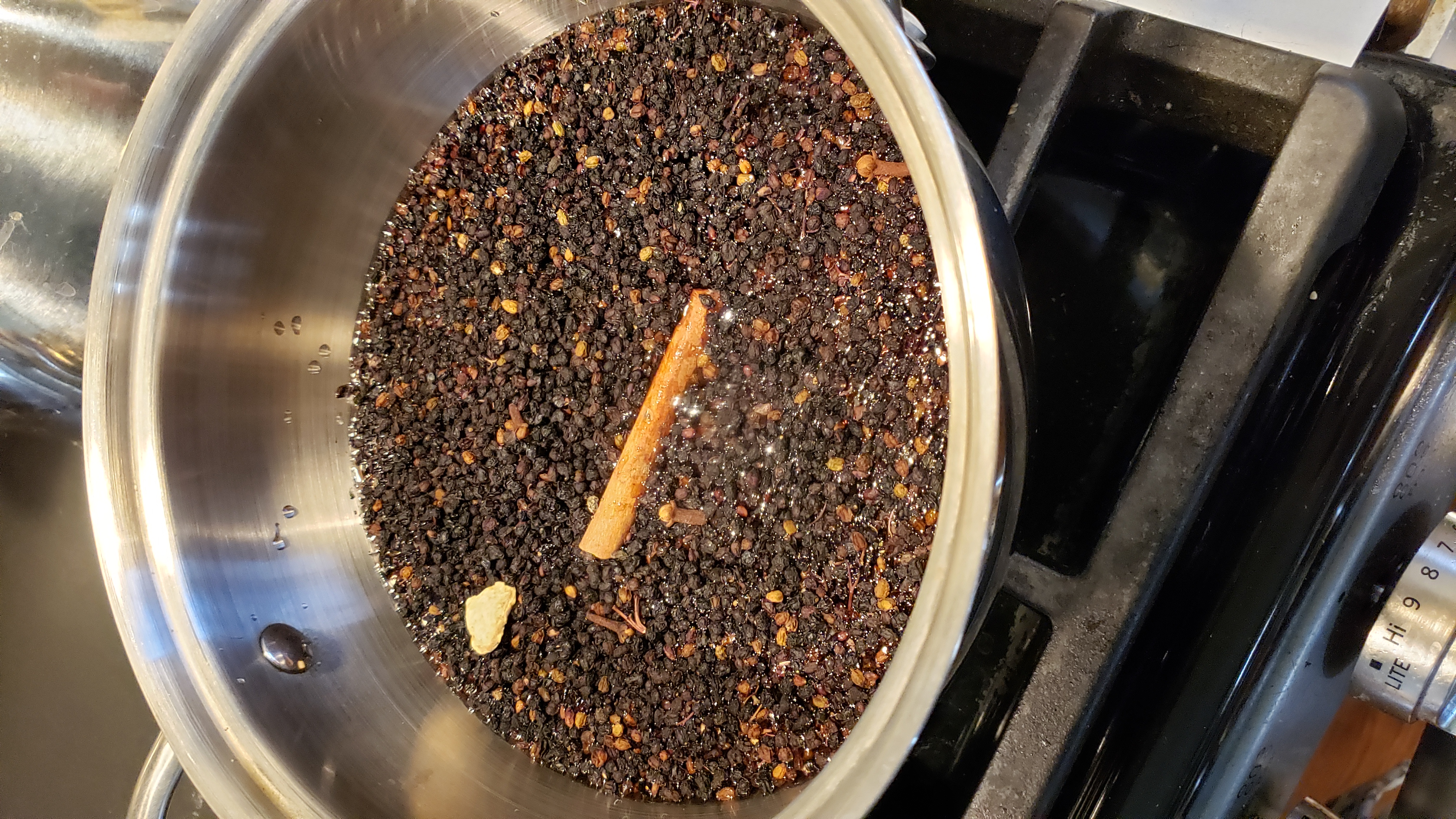 After everything is boiling nicely, reduce the heat to a simmer and let cook for about 30 minutes. During this time, you'll need to remove about half of the liquid from the pot and discard it, unless you plan on making several bottles, then keep it all. But for a small syrup jar, you should discard about half the liquid.

When it's all ready to go, strain the mixture through a coffee filter (or cheesecloth if you have it) into a container. Then you will add one full cup of honey. 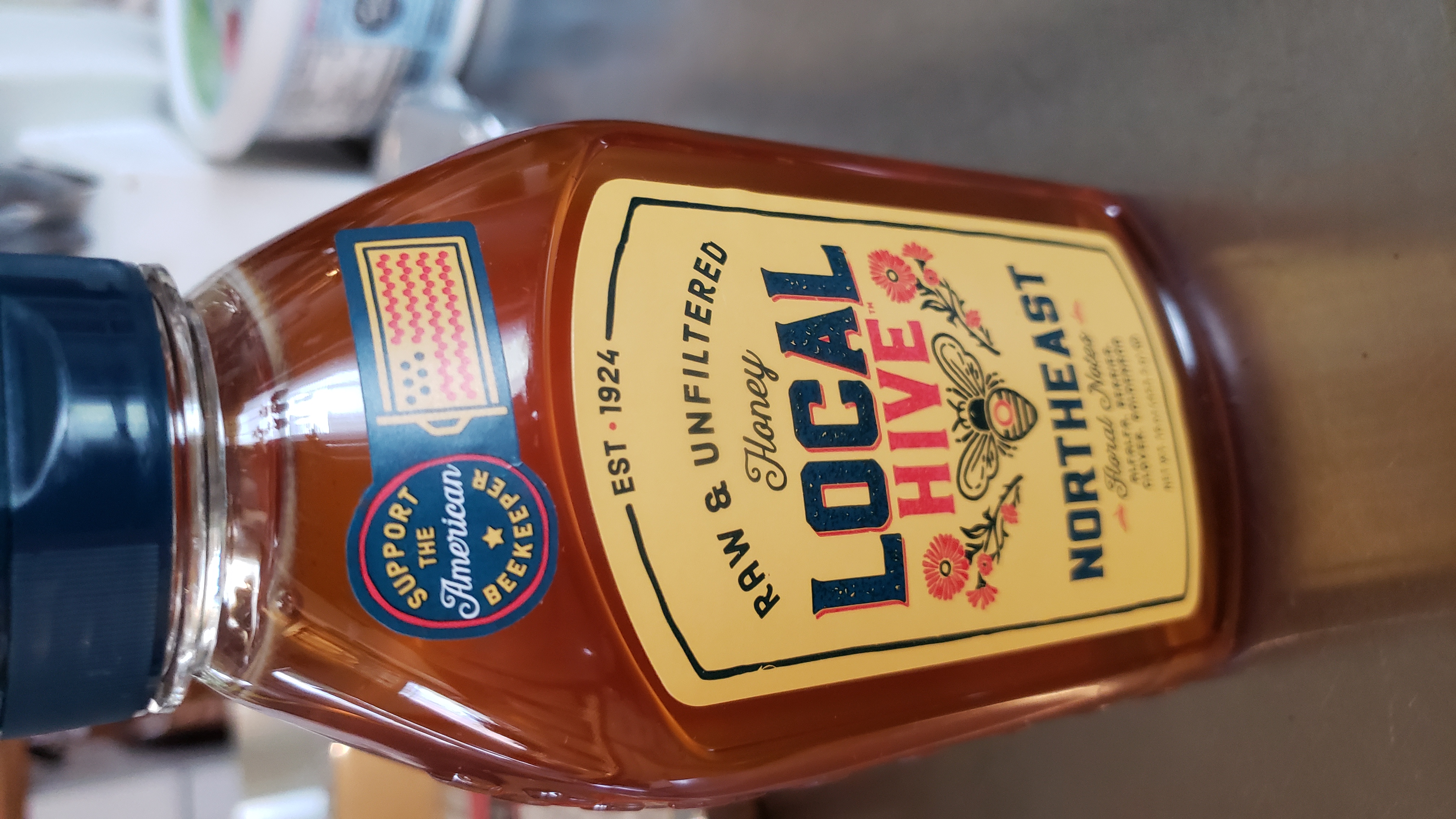 The honey and the elderberry liquid should be mixed well then left to set. Once it's all cooled down and set, you may have to play around with the consistency a bit to get it how you like it. For this particular batch, we ended up using the whole jar of honey, which is about two full cups. Then just put it in a sealable bottle or jar and put in the refrigerator! It will last a few months. Take a teaspoon everyday to help prevent flu viruses and allergies.